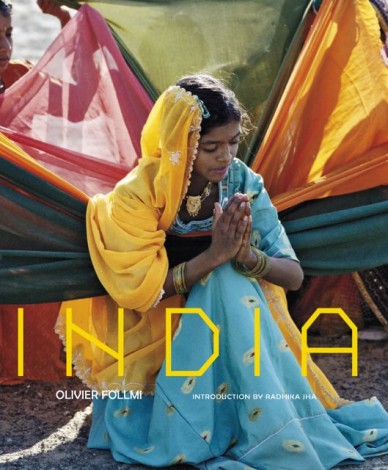 India is a land of contradictions. It is the world’s most densely populated country and the tiger’s last remaining natural habitat, deeply traditional and intensely modern. A land of more than a billion people, eighteen official languages, and every religion, India defies categorization. In India photographer Olivier Follmi captures a land where tradition and modernity co-exist – the India of the cellphone and the sacred cow. Yet Follmi looks beyond the noise, chaos, and sensory overload of the Indian street to examine deeper truths about the people and their culture. His photos convey beauty and stillness, expressing a philosophy and an approach to life radically different from the West’s. Follmi’s work includes portraits of people of all classes – farmers and potters, dancers and musicians, parents and children – and probes human interactions with other animals, including cows, monkeys, elephants. He documents the Indian love of ornament, from women’s painstaking adornments to the decorated cattle shelters in the humblest of villages.